Brothers and Sisters, today's reading comes from the book of "Charlton Heston", chapter "Planet of the Apes", and it says:

TV Guide's listing for the April 1 episode of "Grimm" says,

"A deadly beauty regiment takes the life of a young woman."

I think if it takes a whole regiment to make you beautiful, it may be time to give up on your hopes of a modeling career...


[ I'm assuming that it's a typo, but guess it's possible it could be about a couple of battalions of beauticians, under the command of hair-stylist Colonel. ]

As you go through your work day, be on the lookout for those moments when a minimal amount of extra effort on your part can make someone else's job a whole lot easier.
You can be sure that all of your co-workers will repay the favor by looking for opportunities when, just by deliberately slacking off for a few seconds on what they're supposed to be doing, they can screw you over for minutes ( or hours! ) to come.
That's called "teamwork!"

I'm fifty years old; you wouldn't think I'd still be surprised by how consistently this is the case.

I got a catalog in my mailbox today from a company I've never heard of before.  That in itself isn't all that surprising; once you get on one company's mailing list, your address tends to get passed around to others fairly regularly.  What did surprise me was the fact that it was addressed to the previous tenant ( "or current resident", admittedly ), and I've been living here for over fifteen years.  It would be understandable if they'd been sending them ever since the time when he lived here, but to start now just seems weird to me.

Ok, so I'll admit I'm sometimes a little slow on the uptake, but I just realized:


A school-teacher named Clara who time-travels with "Doc" -- 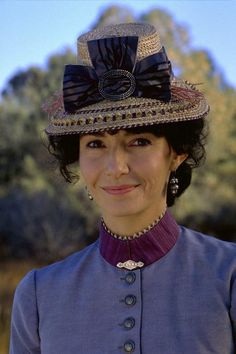 A school-teacher named Clara who time-travels with [ the ] Doctor -- 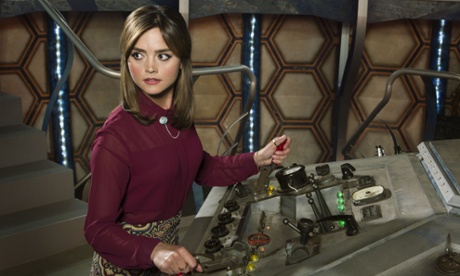 Getting ready to go to work this morning, I checked the thermometer and it read 9 degrees Fahrenheit ( that's about -12 to those of you in the rest of the world ), so I decided it probably wouldn't be a good idea to take my camera along, since I would have to leave it in my unheated car all day.  Naturally, my commute featured one of the most glorious sunrises I can ever remember, an explosion of oranges and pinks across the entire sky, backlighting Mt. Hood exquisitely.

What do you call the feeling that is an equal mixture of "Ooh, wow, pretty" and "Auugghh, I left my camera at home!" ?  Appreciative anguish?

Last year at UPS, the Monday after "Cyber-Monday" -- when the main wave of packages people ordered online between Thanksgiving and the following Monday hits our delivery routes -- our corporate honcho told us that the volume was unprecedented, more packages than had ever come through our building in a single day:  95,000 pieces.

As of this morning, when I went in for an extra shift because they're so worried about next week, the projection for Monday is 135,000 pieces.  They rented twenty-six more trucks; I'm not sure how they're going to squeeze them all into the building to get loaded.  I'm going to be doing another extra shift tomorrow, and coming in four hours earlier than my usual time on Monday.  It looks like it's going to be a long next couple of weeks, but at least it'll help pay off all the stuff that I bought online.

Driving along the freeway, very late at night, far enough from any city that the only other light comes from the headlights of the occasional oncoming motorist.

Start feeling drowsy; eyes are particularly tired, and regular "blinks" begin to involve noticeable delays before the eyelids come back up again.

Despite the ego being in denial ( "No, I'm OK, I can handle this" ), the superego asserts its rationality ( "This is really dangerous, you need to stop the car" ).

Step on the brake, but the car doesn't seem to slow nearly as much as it should -- no wonder, that's the clutch, idiot.

Feet on both pedals now, slowing nicely, but the eyes have drifted shut again.  Open them NOW, moron.

Left eye won't open, make do with just the right one for now.  Everything black except for a red glow far to the right.

It's the numbers that my bedside clock project on the ceiling.  The reason my left eye won't open is that it's pressed firmly against the pillow.  I'm lying in bed, on my left side.  That drowsy sensation was because I was actually asleep, dreaming I was driving down the freeway.

The boundary between asleep and awake suddenly feels very blurry.
Like my tired eyes.

The best argument I've seen so far about the various forms of legislation that claim to be about preventing "piracy" on the internet:

Diane Duane, who wrote the novels from which I take my username ( The Door Into Fire, The Door Into Shadow, and The Door into Sunset ), has long been promising that EVENTUALLY she'll get around to finishing the fourth and final one in the series, The Door into Starlight.  Today she has posted an entry talking about the long wait, and requesting that people who would actually buy the book if it gets published comment on the entry, to gauge whether it is still worth devoting her writing time to the project.  If anyone reading this falls into that category, or knows someone who might, I urge you to go comment there, or ask them to do so.